This story is about friendship among two youngsters and a whale. Two siblings discover that the sea and its creatures are in a grave danger. An enemy threatens them: they must save them from … plastic!

With comic an entertaining scenes, the show wants to bring children closer to a sensitive topic such as the marine pollution and the protection of the environment, raising awareness among children on the damage caused by the dispersion of plastic waste in the sea (but also in lakes, rivers and oceans).

Taking a light and fun approach, PET involves for its simplicity and irony, without being pedantic or captioning.

The importance of the theme emerges on its own, and tries to reach the little spectators focusing on the empathy for both the whale and the siblings.

The whale represents nature, in danger because of the behaviour of human beings: distracted, consumerist, negligent.

The materials (re)-used  also recall and wink at the object “incriminated”, suggesting that plastic objects can and indeed must have a second, third, fourth life: transparent plastic sheets embody the character of the whale, swelling and colouring differently according to the scene and emotions which are intended to arouse, creating a playful and sometimes magical atmosphere. 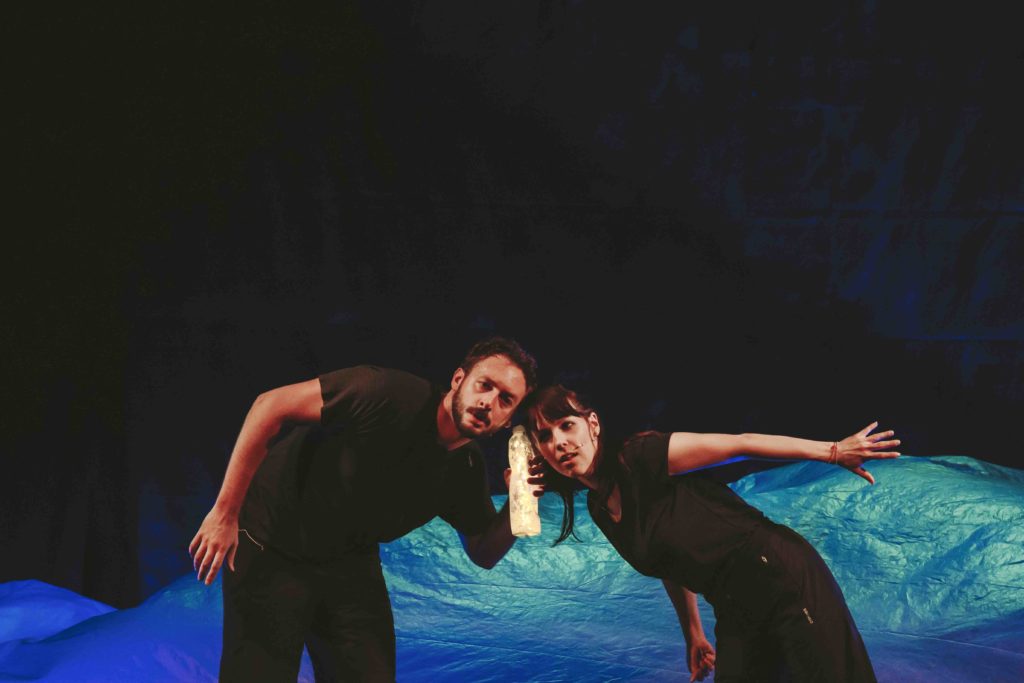 THE REASON WHY TALK TO CHILDREN ABOUT PLASTIC POLLUTION

“There will be more plastic than fish in terms of weight in the world’s oceans by 2050”, the World Economic Forum warned in 2015.

Plastic is the most used material, more than wood, concrete and stone. Plastic bottles, in particular, are highly polluting since only small amount (around 10%) is actually recycled and recycling is not an ecological process, because it requires the use of chemicals and therefore involves the creation of waste potentially dispersed in the environment.

PET is the abbreviation for Polyethylene terephthalate, a plastic material used for the preservation of food and mineral water.

Most of the plastic pollution stems from consumption, from the irresponsible use of a material that was born as revolutionary and then become, most of the time, disposable.

And that is why it is important to turn to children: to get to the root of the problem. The crux of the matter is education in the responsible use of plastics. It is necessary to act on the new generations, because a child who understands and embraces the problem and the solutions manages to condition his/her whole family, schoolmates and the adults who accompany his/her growth.