Show with no words

Once upon a time there was a young couple in love and carefree. One day a surprise arrives: a small pink ball, a beautiful child. And they all lived happily ever after. But is it really so? In our history this is not the end, but only the beginning! In our story of Boboboo the adventures of being parents and the growth of their child is told in a sweet, moving, yet ironic and sometimes irreverent, way.

The show is funded by MIBAC, the Lombardy Region and Fondazione Cariplo in the framework of Next 2018-2019 project. 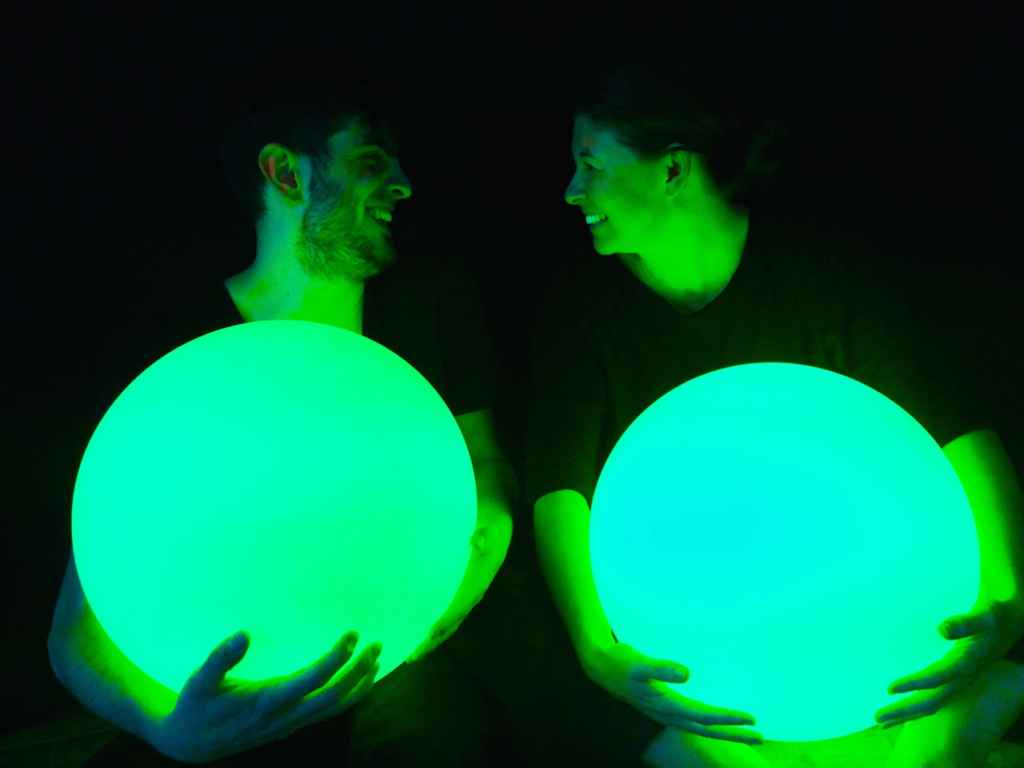 Daryl Beeton was invited by our company for a training exchange in July 2017: the focus was on theatre as a tool and an opportunity of social inclusion. Teatro Prova has dealt with these matters for twenty years, so that was the chance to deepen certain issues and revive others, with a different eye and through a cultural approach to explore.

I expected and was hoping for an interesting and inspiring professional encounter; what I would not expect is that in a challenging moment of my life – I was returning to work after a prolonged and painful illness – such a surprising human encounter might happen.

I was fascinated and touched, filled with enthusiasm and passion by the sensitivity of Daryl’s gaze, his capacity of recognizing what makes every person unique, his fondness for the theatre.

We shared intense days of confronts where professional and human aspects merged to give birth to a strong creative connection. A connection combined with a reciprocal feeling naturally led to the idea of a four-handed, two-heads and multiple gazes’ making of this production.

The choice of this story originates from two urgent needs:

– The need to find a story which could opt for both a realistic and metaphorical style, in order to tackle the growth experience of a family and its members, freeing from both the child’s point of view – the majority of productions addressed to the early years tells about the children’s world immersing in the younger audience, so we were interested in enlarging this perspective – and the flowery and idealized way the topic is usually approached by the common feeling. We wanted a “reality check” which could strike the spectator, entertaining her/him while caught up in the story.

– The desire to grow in our research to bring forward enjoyable and accessible shows to audiences of all ages, uniqueness and provenance: a show about families addressed to families, staged by two directors with very different origins, life experiences and families, a guarantee of a plurality of sights and understandings necessary for our aim.

The creative process, the choice of the story, the direction and stage presence of the two actors: everything in our show moves in a way we like to describe as a DYNAMIC BALANCE.

Apparently a contradiction, it is a status which allows us to depict the possibility of continually transforming while adapting to a context, a relation, a transient situation, keeping one’s own essential identity.

For this reason the two actors on stage are surrounded by glowing balls and moving spherical objects: a simple but meaningful image which gives the idea of circularity, the cycle of life, growth, parenthood. A scene which allows to actualize the image of the search for new balances, in forces and thrusts’ balancing which allow to move forward.

A the story carries out, the two protagonists, in the process of trial and errors, will be busy finding solutions in order to keep their own balance, their relationship and the space they live.
Moreover, the choice of the of the props pursues the course the company started a few years ago: after the use of tablets, drones and robots in the past productions for the early years, the search continues for a “friendly” use of technology and within reach of child, not replacing creativity and imagination, but enhancing potential ad gazes.