Music without musicians, musical notes without pentagram, a finger to turn the sound into images, a leap and a rebound between gestures and gesture.

Two worlds meet clashing, two languages learning to listen to each other, two different sounds to be tuned.
The story of a meeting that begins as a fight: he and his playful and colored sounds, she and her light and imaginative movements.
A performance that tells about differences, between two people and between two languages: sound and visual language are created live through the use of a tablet and the evocative language of danced movement.
Visible changes on the scenic space are the mirror of the evolution of the relationship: from exclusive place for a single person in shared space for games and clashes.
The two worlds studying each other, they attract and mix one another, they enter into relationship to create a real duet. 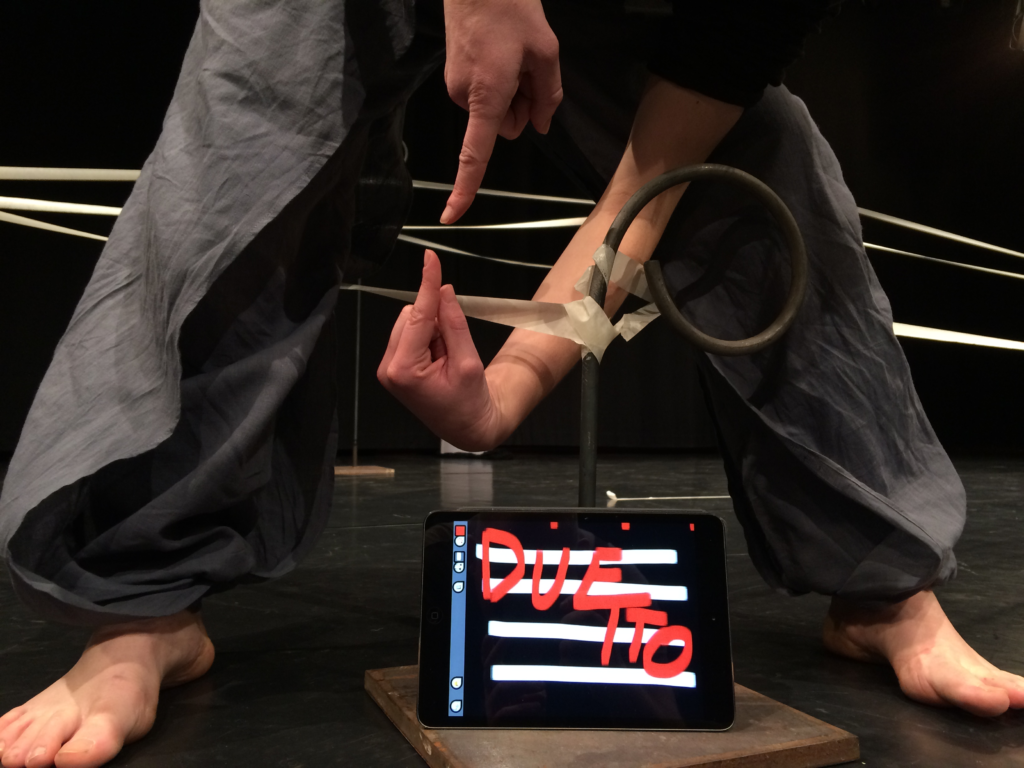 DUETTO – Duet is a project built around the theme of the creative use of technology in childhood.

The focus is on the child and his education to creative freedom.
The goal is to contribute to the development of an interaction between child and technology / art / creativity.

In recent years the issue of the use of technologies by children is a highly debated topic: as a kind of trial, in which on trial there are new technologies, experts are divided between accusers and defendants.
The firsts highlight the relational and psychological damage that such instruments would cause in the development of the child; the others, on the contrary, highlight the expressive power and ease of use.
This debate opens up some questions: can a device have an artistic use? Can it actively stimulate the creativity of children? Which artistic products can be made with it? And with which degree of complexity? How to change the approach of the children depending on the culture of belonging?

We want to tackle the problem as a theatre company that for more than thirty years has worked to find ways of communication and expression that can grow and develop with new generations. What pushes us is the will to investigate the links between art, education and new technological languages in light of the overwhelming presence of these tools in the daily lives of digital natives.